Chuhuac Kickstarter is Over. Onward!

November 9th marked the end of the the Chuhuac "Space Raptors" Kickstarter campaign. This campaign was a big success, in my opinion. Not only did the campaign accomplish the goals of funding the initial 12 poses of Chuhuac but it also funded several additional codes, greatly expanding the initial run of Chuhuac products. But this is just the beginning of the project really.

From here we get into the nuts and bolts of the thing. Sculpts need to be completed, molds made and then on to the business of producing the product that all the backers pledged for. Once the initial Kickstarter inventory is produced and out the door, LNG will begin stocking up for it's official opening for regular business.

Thanks to all who backed the Kickstarter and to all of you out there who have supported Loud Ninja Games as we work toward getting things rolling. 2013 should be an exciting time and I hope to see many returning faces.

So, I received a shipping notification from my printer today letting me know that the printing for the Chuhuac APC, the "Sirrus" is on it's way. George at Moddler was awesome enough to snap pics and send them ahead so I can show you images before i even have them in my hot little hands... 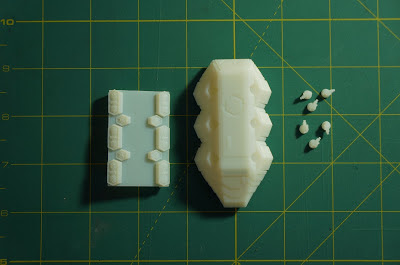 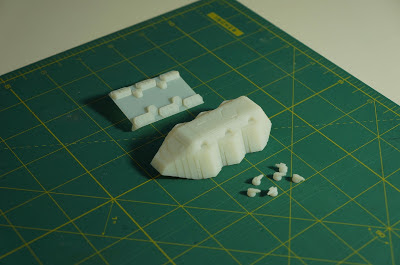 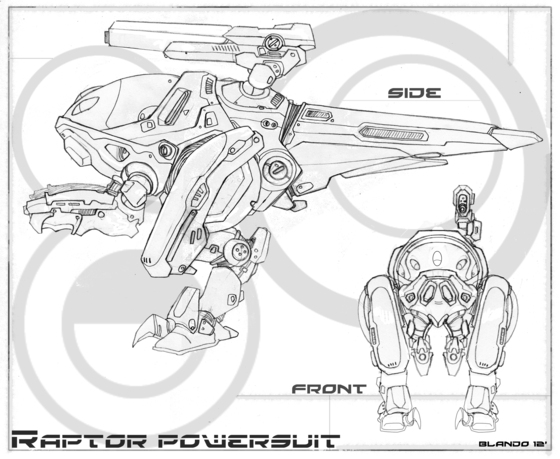 The concept art for the Chuhuac battlesuit is in. As you can see, it's every bit as pretty and sexy as the attack bike was. I think Jared captured the essence of this design really nicely and while I do have a few tweaks I'd like to make to it, this picture is a pretty much spot-on image of what I had in mind.

The final model will have two hard points on the back and I am hoping to make them available with a selection of weapons, allowing folks to outfit them for different roles. As the primary infantry support platform for the Chuhuac, I imagine these battlesuits will be feature prominently in Chuhuac armies.