The last of the greens have been received from the sculptor. These include the battlesuits, the attack bikes and the 28mm versions of the basic squad. Also included is the newly sculpted aerial drone bioform. The new sculpt is more in line with my original concept of a small observation drone.

The battlesuits are multi-part models with the tail separate from the body and an assortment of back-mounted weapons and arms. The pictures below only show one arm and back weapon attached but you will be able to build them with two arms and various combinations of weapons. Their are two variations on the main body pose. 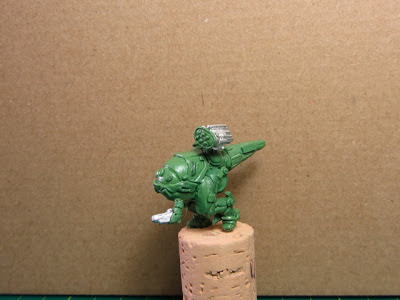 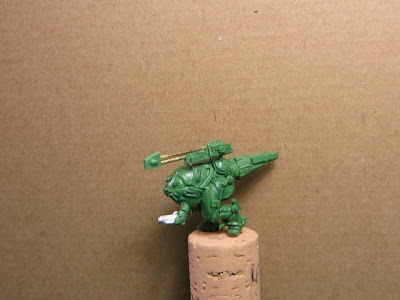 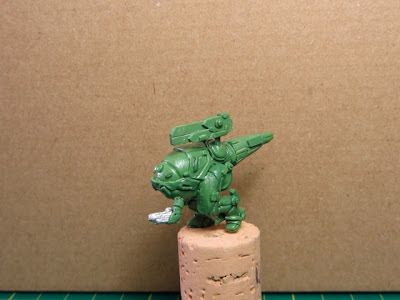 The new bioform sculpt is much smaller than the original and represents the sort of biotech enhanced organism the Chuhuac utilize as observation drones. This model replaces the original, larger model in the command packs with the original sculpt to be released later as a companion to the 28mm troopers. 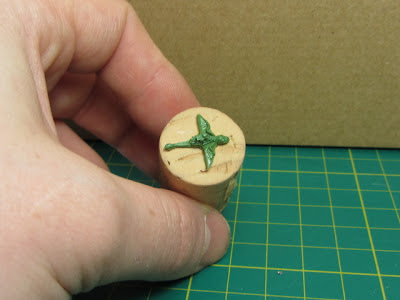 The attack bikes are designed as a simple two-part kit. The bikes with riders' bodies will have separate heads available to glue to them. This will allow you some variation on the bike by positioning the head how you like. The 28mm Chuhuac are designed for players who like larger scale figures. The figures will represent a typical six-raptor squad including an Alpha Leader, three troopers, a SAW gunner, and a plasma gunner. 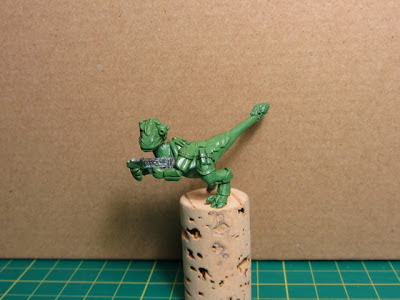 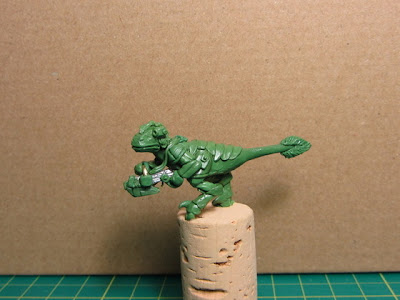 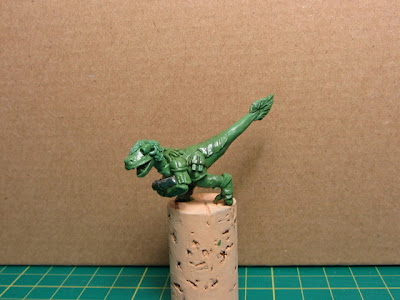 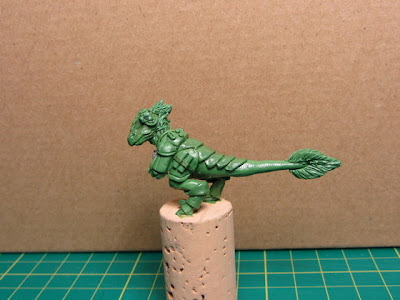