The post man delivered these two lovely packages today. After a hair-raising delay, thanks to the USPS, the Sirrus APCs arrived about 9 days later than they should have with their 2-day Priority delivery. Each box weighs in at about ten pounds and was a densely packed. 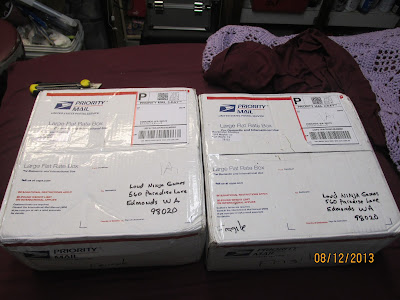 The contents of the boxes were wondrous. Each box contained fours bags of 25 APCs each for a total of 100 APCs per box. This is what 200 APCs in the raw looks like. Each APC was individually packed in its own baggy with its six anti-personnel guns. Chris at Ravenstar Studios cast them up as a seamless single piece chassis fusing the separate bottom piece to the chassis with not a hint that they were separate. 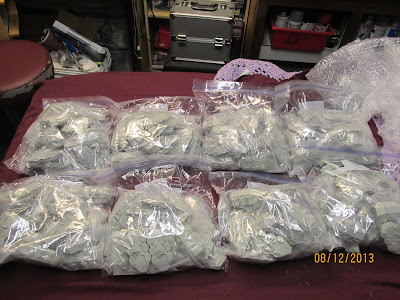 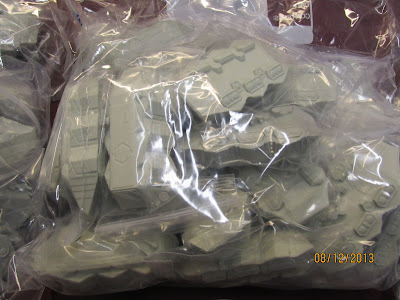 The detailing on the APCs is crisp and the resin is nearly flawless with a wonderful finish that one expects in a quality gaming model. the pics below show the nifty details in all their splendor. Future note, that hexagonal roof details is likely going to be the anchor point for future weapons upgrades of the Sirrus. My hopes is to create some add-ons that will use the same sprue weapons as the battlesuits. I hope to offer them in two ways - full kits and mountings that will let you make use of un-used battlesuit weapons. 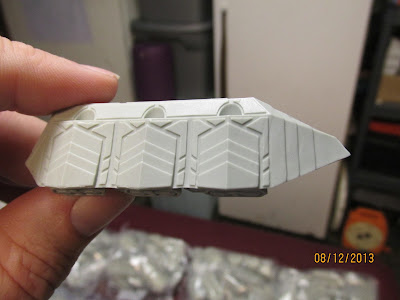 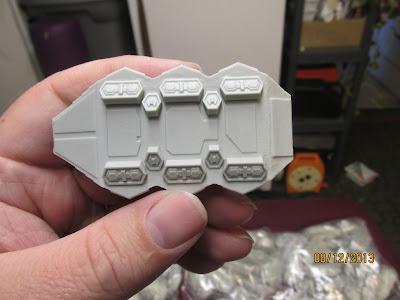 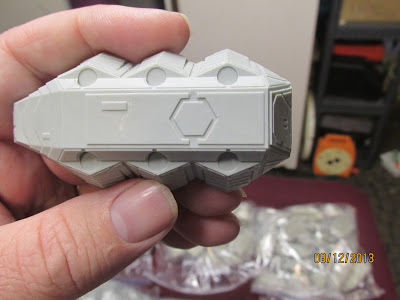